This is an unpublished opinion in a case that arose out of the breach of a sublease of a “sports restaurant” in Greensboro.  The North Carolina Court of Appeals decision addressed two main arguments, one procedural, and one substantive.

Facts of the Case

The owner/landlord is not a party to the case, but leased the premises to Plaintiff.  Later, Plaintiff subleased the premises to a Sub-tenant, who is also not a party.  The term of the sublease was for 3 years at monthly rent of $20,000.  So, total rents amount to $720,000.  In addition, the Sub-tenant was responsible for paying for all property insurance, property taxes, and repairs.  The Defendant in this case is an individual who signed a personal guaranty of that sublease. 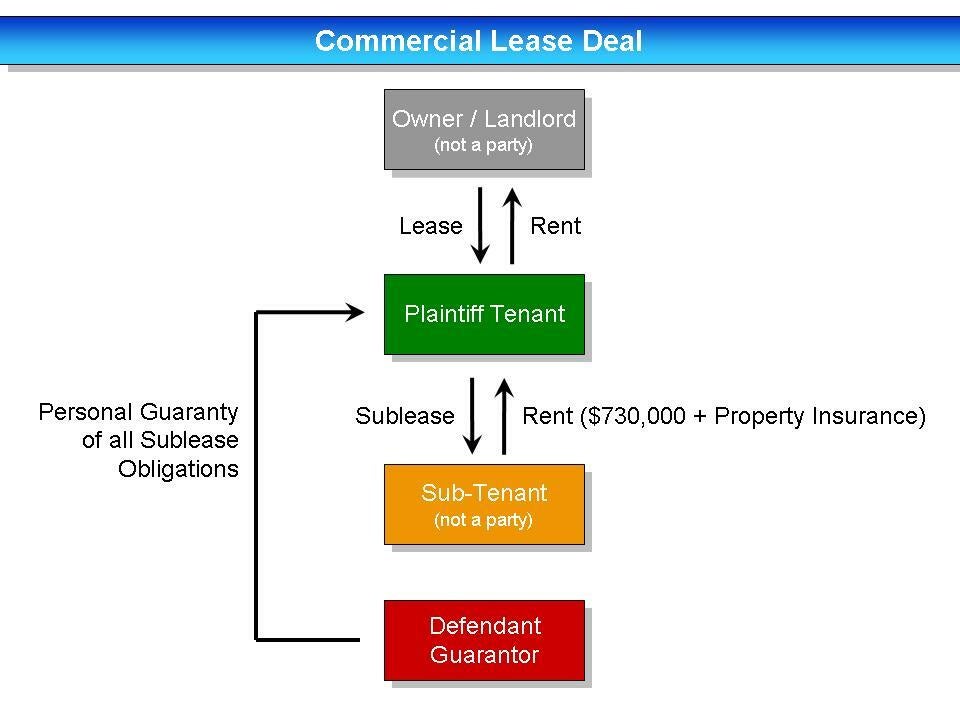 Structure of the Deals

The Trial Court conducted a bench trial (i.e., the case was tried to a judge sitting without a jury).  The Trial Judge ultimately found for the Plaintiff and awarded it almost $1 million in damages and pre-judgment interest plus over $127,000 in attorney's fees.

Rule: Affirmative Defenses (like Illegality) Must be Pled or They are Waived

As another Court of Appeals case noted,

“[a]n affirmative defense is a defense that introduces a new matter in an attempt to avoid a claim, regardless of whether the allegations of the claim are true.”

In pleading to a preceding pleading, a party shall set forth affirmatively…. illegality…and any other matter constituting an… affirmative defense.  Such pleading shall contain a short and plain statement of any matter constituting an … affirmative defense sufficiently particular to give the court and the parties notice of the transactions, occurrences, or series of transactions or occurrences, intended to be proved.

In this case, Defendant did not specifically plead illegality.  Instead, she plead other particiular affirmative defenses, and then included the following “catchall” language: ” Plaintiff [‘s] claims may be barred by any or all of the affirmative defenses contemplated by Rule 8 of the North Carolina Rules of Civil Procedure.”

The Court of Appeals set out the failure of Defendant to plead illegality as follows:

Defendant filed an answer and an amended answer without raising the affirmative defense of illegality. Defendant also filed a motion for summary judgment dated 19 February 2009, but she did not raise the issue of illegality therein, either. In a pretrial order dated 27 April 2009, the trial court enumerated the issues each party wished to address at trial. In the pre-trial order, Defendant listed eight contested issues, the first of which was “[w]hether a valid and enforceable agreement exists between Plaintiff and Defendant[.]” There is no indication that the underlying issue was the illegality of the agreement.

After the trial, Defendant filed a memorandum proposing findings of fact and conclusions of law.  It was in that memo, that Defendant raised the issue of the guaranty being unenforceable “In Part, Upon Unlawful Purpose.”  As the Court of Appeals concluded,

Thus, the first document that referred to the affirmative defense of illegality was filed with the trial court after the trial had concluded.

As the Court of Appeals noted,

In this case, however, the Court of Appeals held that the affirmative defense of illegality had not been tried, either by express or by implied consent.  As the Court stated,

[i]n light of the record in this case, we cannot say that Plaintiff consented, either implicitly or explicitly, to trial of the af-firmative defense of illegality. As Defendant did not properly plead that defense, she waived her right to pursue it. Because it was not tried by consent, it cannot properly be raised by Defendant or this Court.

Substantively, Defendant claimed that the guaranty contract was unenforceable because Plaintiff had not met a condition precedent.  The original lease between the Owner/Landlord and Plaintiff contained a provision that required Plaintiff to get the Owner/Landlord's written permission to assign or sublet the premises.

In this case, Plaintiff failed to get the Owner/Landlord's consent before signing the sublease with the Sub-tenant.  Defendant Guarantor argued that this provision in the original lease was a condition precedent to the sublease.

The Court of Appeals noted that the North Carolina courts of appeal had not yet addressed this precise issue of whether such a term in the original lease was a condition precedent to enforcing the sublease and the guaranty.

The Court of Appeals laid out the definition and rules regarding conditions precedent as follows:

A condition precedent is a fact or event that must exist or occur before there is a right to immediate performance, before there is a breach of contract duty. Conditions precedent are not favored by the law. Therefore, we will not interpret the provisions of a contract as a condition precedent in the absence of language clearly requiring such construction. The weight of authority is to the effect that the use of such words as “when,” “after,” “as soon as,” and the like, gives clear indication that a promise is not to be performed except upon the happening of a stated event.

10.1 Tenant shall not assign or in any manner transfer this Lease or any estate, interest or benefit therein or sublet the Premises or any part thereof or permit the use of the same or any part thereof by anyone other than Tenant without prior written consent of Landlord, which consent shall not be unreasonably withheld…. If Landlord consents to any transfer, assignment or subletting, that consent shall not be effective unless and until Tenant gives written notice of the assignment and a copy of the assignment agreement or sublease to Landlord along with such information as to the financial responsibility of the proposed assignee or subtenant as Landlord may reasonably require, and the transferee, assignee or sublessee delivers to Landlord a written agreement in form and substance satisfactory to Landlord pursuant to which such transferee, assignee or sublessee assumes all of the obligations and liabilities of Tenant under this Lease.

Looking to a similar case, but with a different sublease provision and different parties

The Court of Appeals compared this case to another case that the North Carolina Supreme Court had decided, Realty Co. v. Spiegel, Inc., 246 N.C. 458, 98 S.E.2d 871 (1957).  In that case, the landlord was suing over a sublease provision, which had a different consent clause.  Although the landlord had not consented to the sublease of the premises, the landlord had continued  to accept rent for over a year after the sublease was signed.  The Supreme Court held that “the plaintiff-landlord had waived its right to declare forfeiture under the lease.”

Finding the Realty Co. case informative, the Court of Appeals in this case held as follows:

The lease before us expressly prohibits any sublease or assignment without the consent of the landlord and, unlike the lease in Realty Co., does not contain a provision that authorizes the tenant to sublease without the consent of the landlord. However, as with the provision in Realty Co., we interpret the lease before us as reserving to [the Owner], as landlord, the right to object to an assignment and to pursue an action against Plaintiff, as tenant, for breach of a lease provision. We do not interpret the provision as allowing a subtenant a means of avoiding its obligations under a sublease.

Links to this case

Commercial leases can lead to litigation

You may have a commercial lease dispute.  If so, we may be able to help you.  We offer an initial consultation.  If you would like to discuss your matter, please click the Contact Us page and call or send us an email.